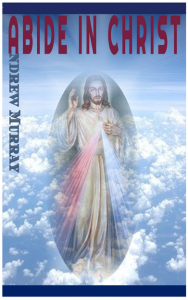 But in a covenant there are two parties. And what if man becomes unfaithful and breaks the covenant? Provision must be made, if the covenant is to be well ordered in all things and sure, that this cannot be, and that man too remain faithful. Man never can undertake to give such an assurance. And see, here God comes to provide for this too. He not only undertakes in the covenant that He will never turn from His people, but also to put His fear in their heart, that they do not depart from Him. In addition to His own obligations as one of the covenanting parties, He undertakes for the other party too: “I WILL CAUSE you to walk in my statutes, and ye shall keep my judgments and do them” (Ezek.36:27). Blessed the man who understands this half of the covenant too! He sees that his security is not in the covenant which he makes with His God, and which he would but continually break again. He finds that a covenant has been made, in which God stands good, not only for Himself, but for man too. He grasps the blessed truth that his part in the covenant is to accept what God has promised to do, and to expect the sure fulfilment of the divine engagement to secure the faithfulness of His people to their God: “I will put my fear in their hearts, that they shall not depart from me.”

It is just here that the blessed work comes in of the surety of the covenant, appointed of the Father to see to its maintenance and perfect fulfilment. To Him the Father hath said, “I have given thee for a covenant of the people.” And the Holy Spirit testifies, “All the promises of God IN Him are yea, and in Him are Amen, to the glory of God by us.” The believer who abides in Him hath a divine assurance for the fulfilment of every promise the covenant ever gave.

Chapter 31–THE GLORIFIED ONE

“Your life is hid with Christ in God. When Christ, who is our life, shall appear, then shall ye also appear with him in glory.”–COL.3:3-4

HE THAT abides in Christ the Crucified One, learns to know what it is to be crucified with Him, and in Him to be indeed dead unto sin. He that abides in Christ the Risen and Glorified One, becomes in the same way partaker of His resurrection life, and of the glory with which He has now been crowned in heaven. Unspeakable are the blessings which flow to the soul from the union with Jesus in His glorified life.

This life is a life of perfect victory and rest. Before His death, the Son of God had to suffer and to struggle, could be tempted and troubled by sin and its assaults: as the Risen One, He has triumphed over sin; and, as the Glorified One, His humanity has entered into participation of the glory of Deity. The believer who abides in Him as such, is led to see how the power of sin and the flesh are indeed destroyed: the consciousness of complete and everlasting deliverance becomes increasingly clear, and the blessed rest and peace, the fruit of such a conviction that victory and deliverance are an accomplished fact, take possession of the life. Abiding in Jesus, in whom he has been raised and set in the heavenly places, he receives of that glorious life streaming from the Head through every member of the body.

This life is a life in the full fellowship of the Father’s love and holiness. Jesus often gave prominence to this thought with His disciples. His death was a going to the Father. He prayed: “Glorify me, O Father, with Thyself, with the glory which I had with Thee.” As the believer, abiding in Christ the Glorified One, seeks to realize and experience what His union with Jesus on the throne implies, he apprehends how the unclouded light of the Father’s presence is His highest glory and blessedness, and in Him the believer’s portion too. He learns the sacred art of always, in fellowship with His exalted Head, dwelling in the secret of the Father’s presence. Further, when Jesus was on earth, temptation could still reach Him: in glory, everything is holy, and in perfect harmony with the will of God. And so the believer who abides in Him experiences that in this high fellowship his spirit is sanctified into growing harmony with the Father’s will. The heavenly life of Jesus is the power that casts out sin.

This life is a life of loving beneficence and activity. Seated on His throne, He dispenses His gifts, bestows His Spirit, and never ceases in love to watch and to work for those who are His. The believer cannot abide in Jesus the Glorified One, without feeling himself stirred and strengthened to work: the Spirit and the love of Jesus breathe the will and the power to be a blessing to others. Jesus went to heaven with the very object of obtaining power there to bless abundantly. He does this as the heavenly Vine only through the medium of His people as His branches. Whoever, therefore, abides in Him, the Glorified One, bears much fruit, for he receives of the Spirit and the power of the eternal life of his exalted Lord, and becomes the channel through which the fulness of Jesus, who hath been exalted to be a Prince and a Saviour, flows out to bless those around him.

There is one more thought in regard to this life of the Glorified One, and ours in Him. It is a life of wondrous expectation and hope. It is so with Christ. He sits at the right hand of God, expecting till all His enemies be made His footstool, looking forward to the time when He shall receive His full reward, when His glory shall be made manifest, and His beloved people be ever with Him in that glory. The hope of Christ is the hope of His redeemed: “I will come again and take you to myself, that where I am there ye may be also.” This promise is as precious to Christ as it ever can be to us. The joy of meeting is surely no less for the coming bridegroom than for the waiting bride. The life of Christ in glory is one of longing expectation: the full glory only comes when His beloved are with Him.

The believer who abides closely in Christ will share with Him in this spirit of expectation. Not so much for the increase of personal happiness, but from the spirit of enthusiastic allegiance to his King, he longs to see Him come in His glory, reigning over every enemy, the fill revelation of God’s everlasting love. “Till He come,” is the watchword of every true-hearted believer. “Christ shall appear, and we shall appear with Him in glory.”

There may be very serious differences in the exposition of the promises of His coming. To one it is plain as day that He is coming very speedily in person to reign on earth, and that speedy coming is his hope and his stay. To another, loving his Bible and his Saviour not less, the coming can mean nothing but the judgment day–the solemn transition from time to eternity, the close of history on earth, the beginning of heaven; and the thought of that manifestation of his Saviour’s glory is no less his joy and his strength. It is Jesus, Jesus coming again, Jesus taking us to Himself, Jesus adored as Lord of all, that is to the whole Church the sum and the centre of its hope.

It is by abiding in Christ the Glorified One that the believer will be quickened to that truly spiritual looking for His coming, which alone brings true blessing to the soul. There is an interest in the study of the things which are to be, in which the discipleship of a school is often more marked than the discipleship of Christ the meek; in which contendings for opinions and condemnation of brethren are more striking than any signs of the coming glory. It is only the humility that is willing to learn from those who may have other gifts and deeper revelations of the truth than we, and the love that always speaks gently and tenderly of those who see not as we do, and the heavenliness that shows that the Coming One is indeed already our life, that will persuade either the Church or the world that this our faith is not in the wisdom of men, but in the power of God. To testify of the Saviour as the Coming One, we must be abiding in and bearing the image of Him as the Glorified One. Not the correctness of the views we hold, nor the earnestness with which we advocate them, will prepare us for meeting Him, but only the abiding in Him. Then only can our being manifested in glory with Him be what it is meant to be–a transfiguration, a breaking out and shining forth of the indwelling glory that had been waiting for the day of revelation.

Blessed life! “the life hid with Christ in God,” “set in the heavenlies in Christ,” abiding in Christ the glorified! Once again the question comes: Can a feeble child of dust really dwell in fellowship with the King of glory? And again the blessed answer has to be given: To maintain that union is the very work for which Christ has all power in heaven and earth at His disposal. The blessing will be given to him who will trust his Lord for it, who in faith and confident expectation ceases not to yield himself to be wholly one with Him. It was an act of wondrous though simple faith, in which the soul yielded itself at first to the Saviour. That faith grows up to clearer insight and faster hold of God’s truth that we are one with Him in His glory. In that same wondrous faith, wondrously simple, but wondrously mighty, the soul learns to abandon itself entirely to the keeping of Christ’s almighty power, and the actings of His eternal life. Because it knows that it has the Spirit of God dwelling within to communicate all that Christ is, it no longer looks upon it as a burden or a work, but allows the divine life to have its way, to do its work; its faith is the increasing abandonment of self, the expectation and acceptance of all that the love and the power of the Glorified One can perform. In that faith unbroken fellowship is maintained, and growing conformity realized. As with Moses, the fellowship makes partakers of the glory, and the life begins to shine with a brightness not of this world.

Blessed life! it is ours, for Jesus is ours. Blessed life! we have the possession within us in its hidden power, and we have the prospect before us in its fullest glory. May our daily lives be the bright and blessed proof that the hidden power dwells within, preparing us for the glory to be revealed. May our abiding in Christ the Glorified One be our power to live to the glory of the Father, our fitness to share to the glory of the Son.

THAT, WHEN HE SHALL APPEAR, WE MAY HAVE

CONFIDENCE, AND NOT BE ASHAMED

BEFORE HIM AT HIS COMING.

If you have any questions regarding our blog or just want to get in touch, We would be more than happy to hear from you!